When i started this blog I wanted to use it as a way to remember. I feel like 2014 is a year to look back on and remember (which contributed largely to my starting my own 365 days of being thankful quest on Instagram), and recalling with fondness how I used to nostalgically read my old diaries in high school and thinking how much I have changed, I wanted to record and remember with this blog. When I called it Chasing Colour I envisaged myself writing about my new life in Cape Town, discovering little things around corners and having an adventure in my own new neighbourhood – coffee shops, smoothie recipes, book reviews, etc. I never realized I would actually be so fortunate as record and remember an adventure like exploring Turkey, Israel, and Jordan with my best friend (and husband). And so, after an extreme lack of posts, my first post will be about our (ad)venture to the Promised Land.

It all started one fine February morning in Cape Town when Joel and I were having a wonderful time with an Israeli woman whom Joel has been corresponding with for work. She was in South Africa for a few days, and after deciding not to climb Table Mountain with her, we did the opposite, which is basically eating and drinking the whole day in and around the areas of Cape Town and Stellenbosch. During our day of lounging about, she warmly invited us to her wedding! …in Israel. At first we laughed and shrugged at the idea of traveling all those miles, and outside of vacation time, but later we figured…well, if we can make this work, maybe we should try and figure a plan out.

Fast forward a few months and we were actually, beyond my belief, taking off from Cape Town International Airport, Turkey bound. 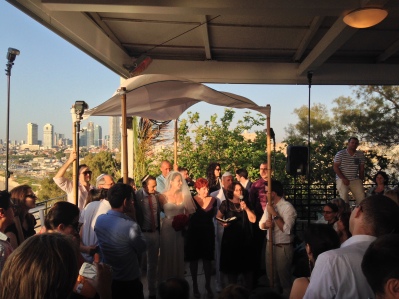 After a year and a half, It was easy to rekindle our love affair with Istanbul. She is a beautiful city, full of lights and life and colour, celebrations, traditions, people and problems that we don’t really understand, but we welcome the gush of craziness. Not really Europe, not really Middle East, Istanbul is a wonderful hybrid unlike any other place that I have ever experienced, and I would strongly recommend going to anyone. We made the most wonderful discoveries from going to the Haga Sofia to the Topkapi Palace, setting our eyes upon the most elaborate collections of opulence and wealth imaginable. It is worth a mention that I was particularly impressed with the armory exhibition at the Palace – one of the most beautifully curated exhibitions I have ever seen. We feasted on lamb, aubergine, watermelon and baklava, and loved on the glossy, well-fed stray cats that are always in sight. We also managed to find and explore the European Museum of the Year Award winner, the Museum of Innocence – an experience deserving of its own focused post. After a whirlwind of happiness and Turkish apple tea, we were off to Tel Aviv, knowing nothing about Israel or what to expect.

We landed around midnight, picked up a rental car and left the airport not even having our address yet (we are proud supporters of airbnb). However, we found our host and after a good night’s rest, we woke up to a friendly neighbourhood in Tel Aviv. In South Africa people have been telling us that Tel Aviv is like America, nothing like the rest of Israel. And so, expecting something much like America, we woke up to something that is nothing like America. I am unsure to say exactly what it is like – it definitely feels European (definitely almost as expensive as Europe) with quaint neighbourhood parks, a beautiful promenade along the Mediterranean sea, trendy restaurants and shopping malls; but then you are always reminded of the reality by all the hebrew, some arab, and when the city shuts down for the Sabbath, among other things. The wedding was in Jaffa, the old city (though it didn’t seem very old just coming from Istanbul), and it was the craziest, funnest, most unique wedding party that we have ever been to. Note, it is not a reflection of all Jewish Israeli weddings, but a reflection of the craziest, funnest, and most unique couple (who, as soon as the dancefloor opened literally danced for something like four hours without stopping). We realized just how fun they were when we went on part of a tour of Israel that they had organized for the wedding guests. So with them we had a tour of Jerusalem by day, its nightlife, the Dead Sea, a freezing night camping in the dessert, and hiking up Masada. After that Joel and I said our goodbyes and headed for Petra, Jordan, which was the most unbelievable experience. We spent a night in a bedouin camp, and headed to Jerusalem the next day, after which we were going to head out to Bethlehem in Palestine – a place that I insisted on seeing (Palestine, not necessarily Bethlehem) if we were to visit Israel – but I got very sick on the drive to Jerusalem and ended up sleeping one whole day in the Holy City the next day. We ended off our trip with a visit to the Sea of Galilee and a stay at a very hospitable expat American family (via airbnb) who fed me vitamins and much needed normal breakfast food (you don’t necessarily crave hummus and tahini when you are sick). My stomach cleared up just before my flight and I landed safely, with a much better, more expanded, view of the world and unforgettable moments. 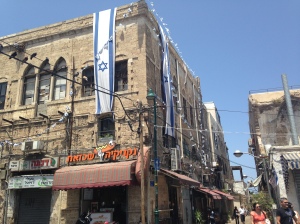 TIP #1: Whatever you do, DO NOT buy Turkish Delight at the little corner market stores. It is really cheap, but tastes freaking horrible. Like 2/10.

BE PREPARED: Religious dresscodes are enforced at sights where religion is practiced, i.e. many of the mosques.

SKIP: If you are short on time, I would skip the Grand Bazaar. It is an underwhelming tourist trap. Rather opt for the Spice bazaar, which is much smaller, but more exciting.

HIGHLIGHT: The Museum of Innocence 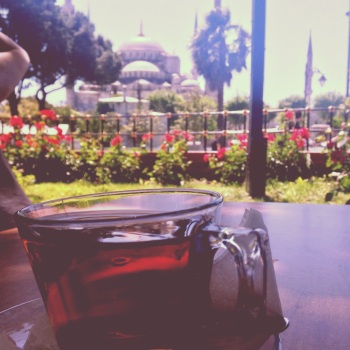 BE PREPARED: Isreal is much more expensive than you’d think.

TIP #1: Don’t drink the water in Jordan, it might mess you up; Don’t touch the stray cats in Tel Aviv – you  will find them crawling out of trash bins – they are gnarly looking and might make you sick also.

TIP #2: You don’t have to pay for the planned out, inclusive tours of Petra. We found our own way in and out and it was half the price.

DRESSCODE: To be safe always cover your knees, shoulders and chest. There are always sights around where the dresscode is conservative as to not offend multiple religious beliefs. Covering your hair is not necessary always, if it is there will most likely be scarves handed out. None of this applies to Tel Aviv.

BE PREPARED: The dessert is freaking cold at night, if you were to camp out.

BE PREPARED: Hummus for breakfast. Everyday.

DEFINITELY GO: See the religious craziness in Jerusalem, it’s really interesting from an anthropological viewpoint. Go out to town and experience Jerusalem’s up and coming night life. Float in the Dead Sea, obviously. Hike up Masada. Splurge and eat seafood by the Sea of Galilee. Visit Yad Vashem Holocaust Museum in Jordan. Petra. Go to Petra. 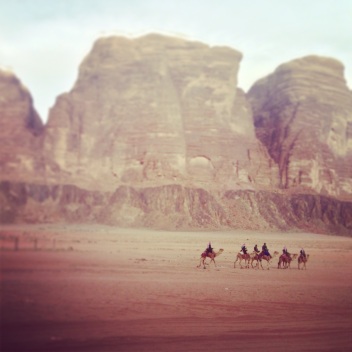 HIGHLIGHT: Petra. Before I go back to Isreal, i would go back to Jordan and explore the rest of it. Thanks to a very persistent taxi driver and a willing Polish couple we shared it with, we did a two hour jeep tour in the desert village of Wadi-Rum and we loved it. I was mesmerized by the boundless red desert, steep faces of mountains poetically sprouting from the earth, and the warmth of the bedouin people. Unlike Israel, Jordan is underpopulated and underdeveloped and even tourists are scarce. A beautiful sight unlike anything you have ever imagined.

And so I end my first blog post with one overwhelming message: Go. Go to Turkey, Go to Israel. Go to Jordan. Go experience and make sense of these things. I, for one, have been completely and utterly enriched and somehow changed by these places. And I sign off with the hopes that I will never write such a long blog post ever again. Please forgive me.